but it is often convenient for people to think so

Most people understand the adage; where there is religion there is conflict. If we look further into this, we understand also that religion is often intrinsically linked to power, position, land, nationalism and access to finances and resource.

In Medieval Europe, positioning for power and land was an everyday occurrence for rulers and this included the Papacy. Those who possessed the more land, had more finances. Those who had more finances, held more power. Struggling with manpower and resource strains due to the Byzantine-Seljuq Wars, the Byzantine Emperor had petitioned Pope Urban II for more support in return for reconciliation of the Byzantinian Empire towards the Papacy. “I’ll scratch your back if you scratch mine”. Pope Urban II decided to personally recruit the Emperor a larger army and orchestrated a well-planned speech in league with France’s two most influential leaders at the time. Urban passionately told of crimes being committed against Christians in the east and the need to support the Greeks. More importantly, he offered the concession that all sins would be remitted for anyone willing to die in the undertaking of his Holy War. This subsequently led onto what we refer to as the First Crusade which occurred from 1095 to 1099 C.E

It is a matter of record that, when the Crusaders arrived at Jerusalem, they did not find any evidence of what Urban had preached. The Christian population was not under oppression by the Muslim population and both, were in fact, living peacefully with each other. However, driven by their greed and desire for rights to plunder, the Crusaders pressed on, broke down the walls of Jerusalem and killed anyone they could find; man, woman or child, Christian or non-Christian alike.

History has shown us all too often that if an external force overthrows an in-situ ruling power and leaves without establishing any form of local control, instability will reign. Following such a devastating overthrow of, what once was, a relatively peaceful area, the Crusader army literally left Jerusalem in a state of chaos. 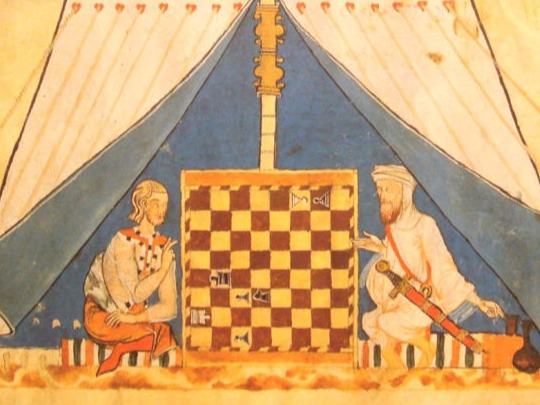 We know from our history that the French nobleman Hugues de Payens alongside 8 other brother Knights approached the Jerusalem King Baldwin II with an offer of support towards the latter part of 1118. Hundreds and hundreds of Christian pilgrims were being murdered at the hands of cave dwelling bandits who roamed the popular pilgrimage trail towards Jerusalem. These were violent and unsafe times and the then new King was desperate to offer both stability and safety for the region’s most pious and paying visitor. For personal reasons, Hugues and his brothers wanted to take up residency at the Al-Aqsa Mosque and so offering some protection to pilgrims, by way of regular patrol, ensured they were gifted barracks within the Mosque by the appreciative King.

By 1129, Hugues et. al had established a significant presence in the region and, with the support of his family relation, Bernard of Clairvaux, gained papal sanction and investment. These original poor Knights were now well known as the Knights of Solomon’s Temple or more commonly known; Knights Templar. Now a Military Order (a combination of both Knight and Monastic), they heavily recruited from Europe and quickly became a significant army at the disposal of both monarch and church. History shows us that the foundations of the Templar Order were one of defensive protection of the poor, weak or sickly and they knew which battles to fight. Defensive protection meant they drew their swords only in defence of themselves or those they had sworn to protect. It was not in the Templar’s interests to destabilise the area by mounting attacks against Muslim leaders who, for the most part, were too busy fighting with each other. Once more, with the help of the Templars, a sense of peace and stability returned to Jerusalem.

The Knights Templar is not and has never been a crusader army, but it is often convenient for people to think so. These people however don’t serve the God that Templars serve.

In 1147, a second major crusade launched from Europe and by the time they reached Anatolia in 1148, Muslim leaders had refocused their attention on the invading force and the crusader armies were defeated. Christian chroniclers at the time laid a lot of blame for the defeat on the Templars citing that they were collaborating with the Muslims. The truth of the matter was that Christians coming over from Europe came so with both European and religious prejudices. Most Europeans had so little contact with Muslims that they did not even have a warped perspective of who they were, never mind an accurate one. In as far as Europeans were aware of Islam, they understood it as a strange and disturbing thing, a religion of polytheistic idolaters.

Stories of Muslim atrocities were easily believed, as were strange accounts of the Prophet Muhammad’s life. This made it easy to turn Muslims into scapegoats and targets. Seeing Templars and even Christian men and women living in harmony with these types of people was just so inconceivable to the narrowminded. 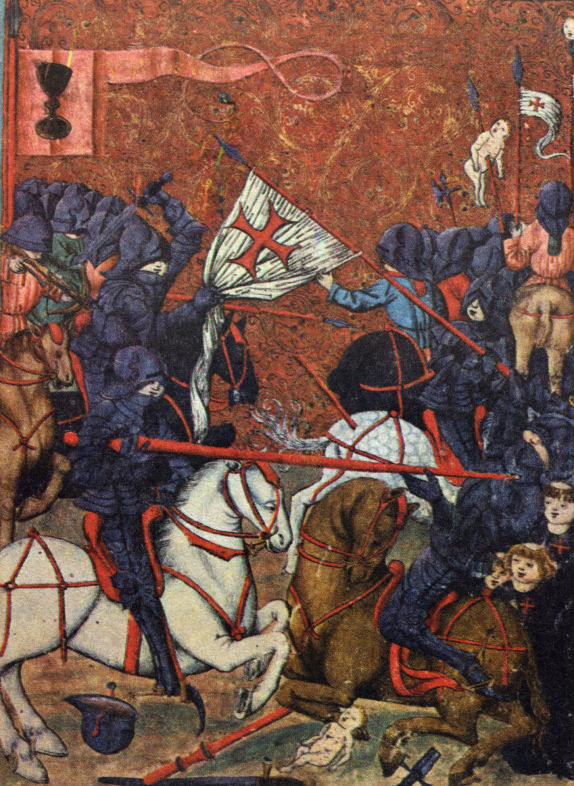 Acts of terror, intolerance or hatred is so far removed from the early teachings of Jesus (i.e. the Apostolic or Gnostic), it is hard to reconcile such acts as anything remotely Holy whatsoever. And yet we are still here today, in the 21st century, suffering the instability and religious tension the First Crusade caused. Some 920 years later, humans are still vying for power and control and using religion for its justification of the atrocities performed against fellow mankind.

Templars have always been above such need but were always willing to defend itself and those under the Templars protection. The Knights Templar is not and has never been a crusader army, but it is often convenient for people to think so. These people however don’t serve the God that Templars serve.